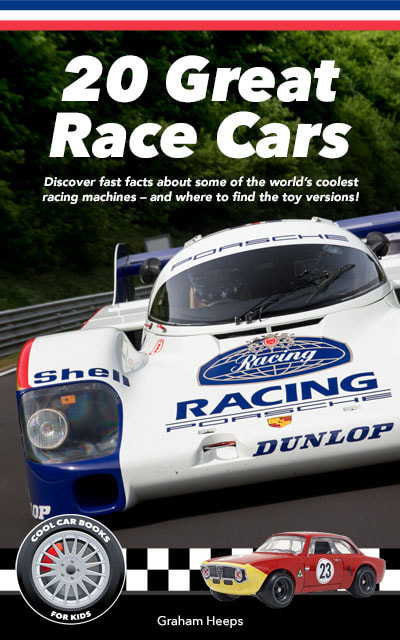 The new children's eBook from Graham Heeps, 20 Great Race Cars, is perfect for younger fans of cars, racing and Hot Wheels. It's the first title in a series called Cool Car Books for Kids.

Which race car had six wheels? Which Ferrari sold for US$70 million? Which was the first Formula 1 car to be raced by a woman? And which machines are known as Godzilla or the Batmobile? 20 Great Race Cars has the answers to these questions and more!

The book brings together colourful pictures, fun facts and engaging stories for each of the 20 cars in the title – from F1 to NASCAR, Indy to Le Mans. There's also info on some of the best toy versions of each car, so that readers can find a Hot Wheels, Matchbox or other model to race themselves!

Everything in 20 Great Race Cars is presented in a bite-size, accessible format for children aged 7-13, all for a low price of just $2.99 (US edition).

20 Great Race Cars is formatted in the simple, reflowable Kindle text style. It may be read on a smartphone, tablet, PC or Mac using the Kindle app, or with a Kindle e-reader.

Each chapter covers a different car, from Mustangs to 911s, Auto Union to Williams, all of them great machines drawn from across nearly 100 years of motorsport. The book examines what makes each car cool, lists key specifications like engine and top speed, tells a memorable story in the Fast Fact section and then rounds up the best options for finding the car in miniature. There are colour photos to illustrate each car, too, many of them never previously published. Chapters can be read in sequence or individually from a table of contents, and readers can click into a Glossary to explain unfamiliar terms or place names. Click the thumbnails below for a sample chapter featuring the mighty Porsche 935!

Where to buy the eBook 20 Great Race Cars

The eBook 20 Great Race Cars is published in English and is available in all major international markets via Amazon. Click on a flag below to be taken to the correct Kindle Store page in the country shown, or just search for 20 Great Race Cars on your local Amazon website! 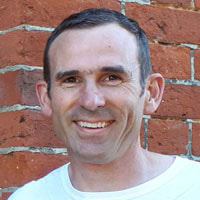 Graham Heeps is an automotive writer based in Calgary, Canada. His first eBook, 20 Great Race Cars, brings together two of his favourite things – motorsport and toy cars – and launches a new series of children's books called Cool Car Books for Kids. Watch out for more titles, coming soon!
Growing up in the UK, Graham was fascinated by cars and racing. After working in IT, he turned his passion into a career by taking a job writing about cars and car technology, later editing trade magazines about vehicle engineering and motorsport. He is a huge fan of toy cars, especially Matchbox, and has a collection of more than 5,000.
Having moved to Calgary in 2015, he now writes freelance for magazines, websites and companies in Europe and North America, blogs about toy cars for the Lamley Group and runs the Instagram feed @diecast215. Graham is married with two children, neither of whom is as excited about cars as he is!